Maurizio Mecenero starts the study of guitar with a private teacher at the age 14 in his home town, Arzignano (Vicenza, Italy). During the following three years he studies as an autodidact approaching the world of rock guitar and the repertoires of Led Zeppelin, Jimi Hendrix, Queen, Dire Straits, Santana. After two years he already performs in various rock bands of his area.

At the age 17 he discovers jazz music. He attends the Thelonious Music School in Vicenza studying with Michele Calgaro for four years.

He desires to improve his technique. He moves to Milan and studies with guitar master Danilo Minotti another four years, until the age 25.

Maurizio Mecenero attends many guitar seminars (Acoustic guitar with Franco Morone  in 2005, 2007, 2008 and 2009; Jazz guitar with Tommaso Lama and Garrison Fewell in 2007. In 2009 he attends a seminar dedicated the use of sound, its construction and the use of effects, with Massimo Varini; Two seminars of pop rock guitar with Chicco Gussoni in 2009 and 2010.  From 2014 to 2015 he regularly studies with master Ruggero Robin. From 2018 he studies ear training with Francesco Villa.

From 2003 to 2010 Maurizio Mecenero collaborates as a teacher with the Dali Music School  in Vicenza.

As a sideman, he shares the stage with many important artists such as: the Pop Orchestra of Danilo Minotti,  Elio, Paola Folli, Vittorio Matteucci, Ambra Marie Facchetti.

Among his many collaborations it is worth mentioning two important performances with the rock band Terzo Capitolo: the live cover of the concert held by PFM with Fabrizio de Andrè and a theatrical project dedicated to Giorgio Gaber.

The encounter with the music of Pat Metheny Group, Mike Stern and jazz-fusion is love at first sight. For Maurizio Mecenero this is the turning point and the sparkle that makes him desire to  start composing  his own original music.

In 2006, he forms a jazz-fusion trio in his name, the Mecetrio, proposing pieces from the jazz repertoires of Wes Montgomery, Miles Davis and jazz standards.

In 2010, a pianist joins the trio and the formation becomes the Mecequartet. The band is increasingly interested in the jazz-fusion style of Pat Metheny, John Scofield, Herbie Hancock and Chick Corea.

It is in this period that Maurizio Mecenero starts to compose his first original pieces.  In 2011 he releases his first self-produced album, UPWARD,  eight original tracks of  instrumental jazz-fusion music,   featuring Valerio Galla on percussions.

In 2015, the percussionist joins the quartet on a permanent basis and so the “Maurizio Mecenero Quintet” is formed. In the same year their second self-produced album, SECRETS OF LIGHT, is released.

Their third album, INSIDE DREAMS, has been just published by  the Milanese label Preludio Srl in the month of October, 2019.

The main feature of Maurizio Mecenero’s way of playing guitar is his versatility and his ability to mix many different genres and styles. He employs the fingerpicking  after the style of Mark Knopfler, the phrasing in the style of Pat Metheny and Mike Stern or the rock of the Seventies, or the classical way of playing octaves after Wes Montgomery’s style.

Since August 2020 Maurizio Mecenero collaborates with the renowned monthly webzine “AXE” (https://www.axemagazine.it) where he runs a didactic column dedicated to guitar lessons. 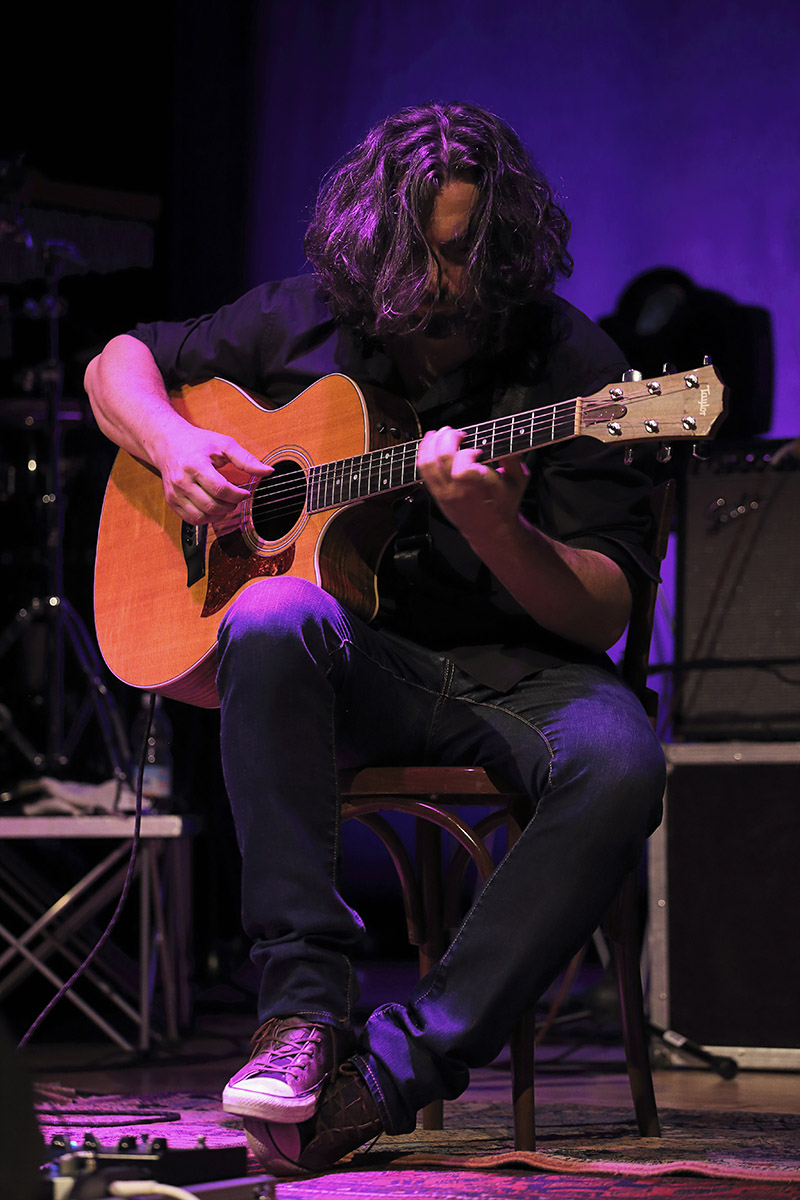